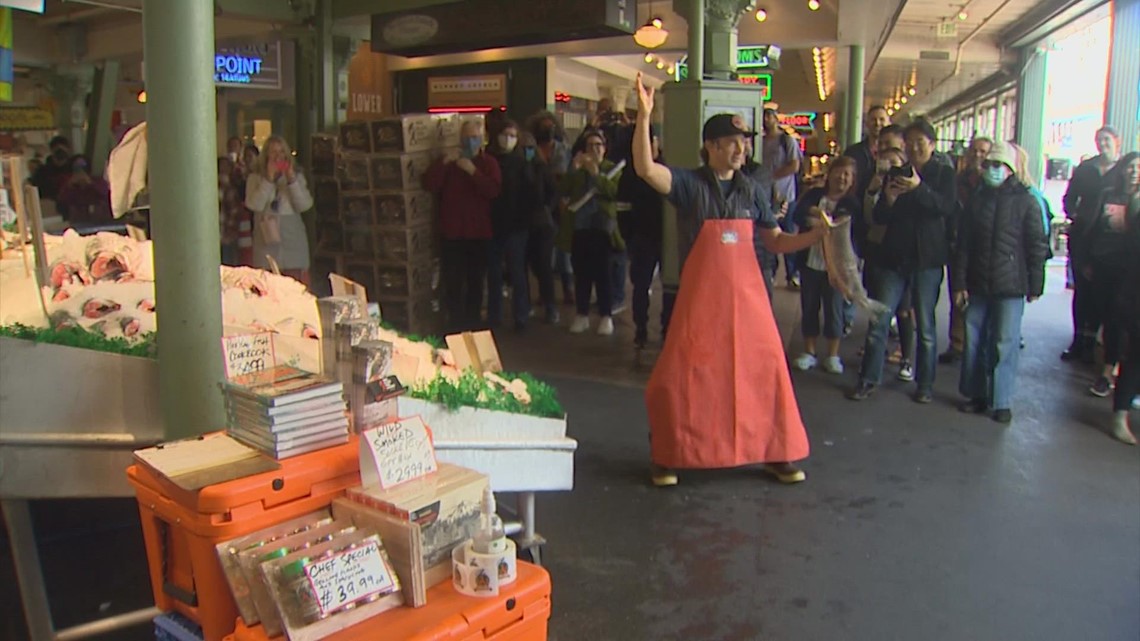 Despite setbacks from the pandemic, protests and crime, many organizations now say the region is bouncing back.

SEATTLE – There’s definitely a crowd around the iconic “Pike fish“. This is a company that has been entertaining visitors for almost 30 years.

“It’s hard to see Seattle take such a turn, but every day it’s getting better and better and coming back,” said Jason Scott, co-owner of “Pike Place Fish.”

Pike Place Market is one of many downtown organizations coming together to host five block parties in three days. The aim is to welcome people to the city center and encourage residents to meet. They have bands playing and food options as a way to liven up the area for people who work or live in the area.

“I think what Seattle does well is we all work together, so there’s a really big partnership between all the really big attractions in the city,” said Amy Wallsmith, director of marketing and attraction development. programs at Pike Place.

Construction is also a clear sign of growth. The newly renamed Seattle Convention Center is adding another building to its campus. After four years, it should be finished by late fall.

“So we’re excited to book business in 2023 going forward, so we’re ready to go,” said Jeff Blosser, president and CEO of the Seattle Convention Center.

According to the Convention Center, they estimate that this project will bring in $260 million a year in visitor spending as well as $19 million in annual tax revenue from delegate spending.

“When we bring convention business to town, everyone does well downtown,” Blosser said.

According to the Downtown Seattle Association’s Economic Recovery Report, downtown saw 89% domestic visitors this month. This goes hand in hand with the 85% recovery in demand for hotel rooms. In Pike Place, which closed for part of the pandemic, they were back at 68%.

Despite the recovery, crime remains a reason some avoid the area. “It’s a huge concern for us in the market, we take care of each other here, but it’s getting better,” Scott said.

Blosser said the increase in convention center tourism just brings more people downtown, which is a good thing. “There are issues that go away because people are there and I think it’s really more about trying to make sure we can do it,” Blosser said.

It’s an effort involving many downtown organizations, businesses and groups.

“Downtown businesses have to survive and all the people who come back to work, it takes everything to bring it back,” Scott said.