Results and partnerships helping turn the page for downtown Seattle 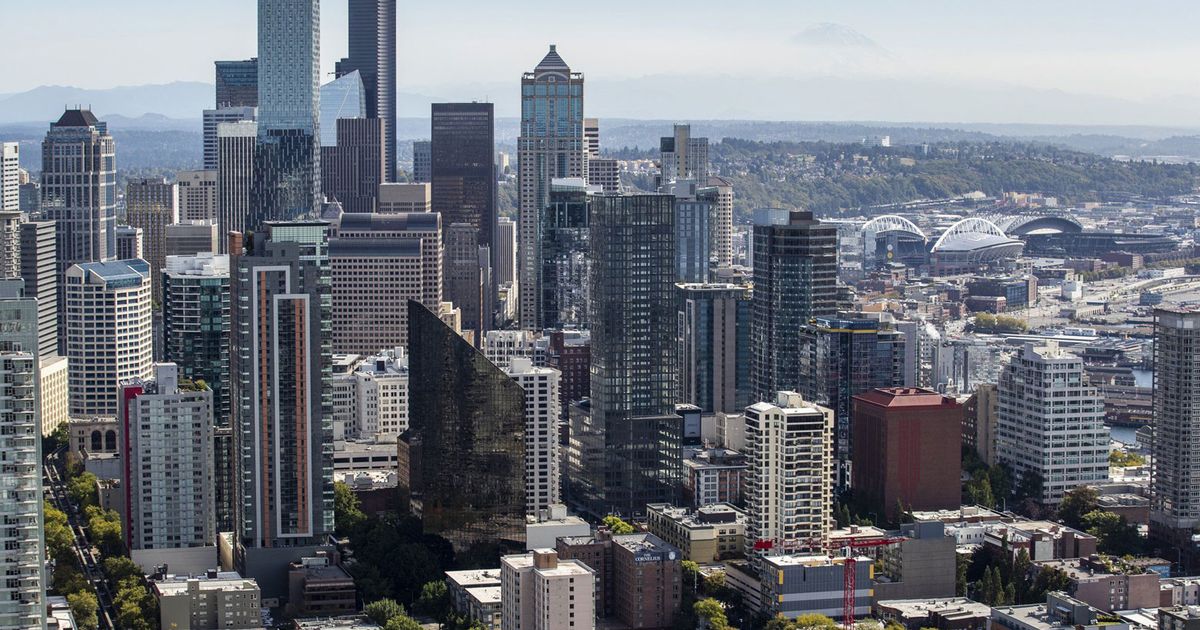 Green shoots of progress are evident throughout downtown Seattle as we emerge from the depths of the pandemic. People are once again lining up outside food trucks and at Amazon’s community banana stand, which again hands out free potassium every day to passers-by. Queues are also spilling out of the doors of downtown java stores. These are simple but obvious signs of a vibrant city life that we took for granted in pre-pandemic times.

In addition to food trucks, bananas, latte lines and traffic reappearing, the data tells a story of steady progress for Seattle’s urban core. Downtown hotel occupancy averaged 85% for the month of June, placing Seattle No. 2 in the nation among the 25 largest urban markets. Total foot traffic (workers, residents and visitors) is now at 86% of normal. After the city center lost several thousand residents in 2020, more people live in the city center today than ever before – a whopping 104,000. The number of workers spending three or more days in the office each week, although still relatively low at 40% of normal, has risen almost 30% since January.

These numbers mean more customers for small businesses, arts and culture organizations, more money in the pockets of workers, artists and performers, and more tax revenue in city coffers to fund essential services.

As the economic and cultural engine of our city comes alive, it reminds us of the importance of downtown to our shared humanity, community and culture. Downtown is where we gather to celebrate, as many did last month at Pier 62 following the announcement that Seattle will be a host city for the 2026 World Cup. It’s where we we come together to make our voices heard, as thousands of people did following the Supreme Court’s decision in Roe v. Wade. Downtown is where we connect to make memories at arts, entertainment and sports experiences you can’t get anywhere else – as more than 17,000 did last fall to watch the puck in Kraken’s inaugural game at Climate Pledge Arena.

Downtown’s recovery was accelerated by Seattle voters who last November elected leaders who understand the importance of a thriving downtown to a healthy city and are committed to addressing the worsening the security and homelessness crisis through actions and results, not political performance.

While much work remains on both fronts, we are seeing early signs of progress downtown. Violent and property crimes in April and May are down nearly 20% in the downtown area compared to the monthly average for January to March. The increased police presence this spring and prosecutorial action targeting those who harm others are making a difference.

A year ago there were over 130 locations with tents downtown. Today, fewer than 12 remain after intense awareness-raising efforts. To fully address the downtown homelessness crisis, business, philanthropy and government have come together to invest in additional outreach workers, housing, shelter and services to bring those in need to indoors and bring the downtown homeless population to functional zero within a year. This effort, based on best practices, emerged last month.

However, we are not ready to claim victory. More needs to be done to fully address the security and homelessness crisis that has worsened during the pandemic due to poor policy decisions and inaction. But we are turning a corner under the leadership of County Executive Dow Constantine, District Attorney Dan Satterberg, Mayor Bruce Harrell, City Attorney Ann Davison and newly elected council member Sara Nelson. Their leadership, along with significant investments in cleaning, security, events and promotion by downtown landlords and businesses, is setting downtown on the right track. We are beginning to see the results of a renewed partnership between the public, private and not-for-profit sectors to recognize the challenges we face, accept that we all have a role to play in addressing them, and agree that we will go further. faster by working together instead of pointing fingers. This is the recipe for future success.

The pandemic has separated us, and so many forces across our country are currently calibrated to keep us that way by highlighting our differences and stoking discord. Town centers are a counterweight to these toxic forces. They bring us together to celebrate our common humanity and our differences. They are places that lay bare our values ​​as a community and our ability to fulfill the fundamental responsibilities of municipal governance. Our progress (or lack thereof) is front and center for citizens – and visitors around the world – to see and judge for themselves.

Seattle’s business and nonprofit community stands with elected leaders and Seattle citizens to revitalize Seattle’s urban core and build on our early progress by committing to actions, results, and partnerships to ensure that the city center is safe, healthy, vibrant and welcoming for all.

Jon Scholes
is President and CEO of the Downtown Seattle Association.