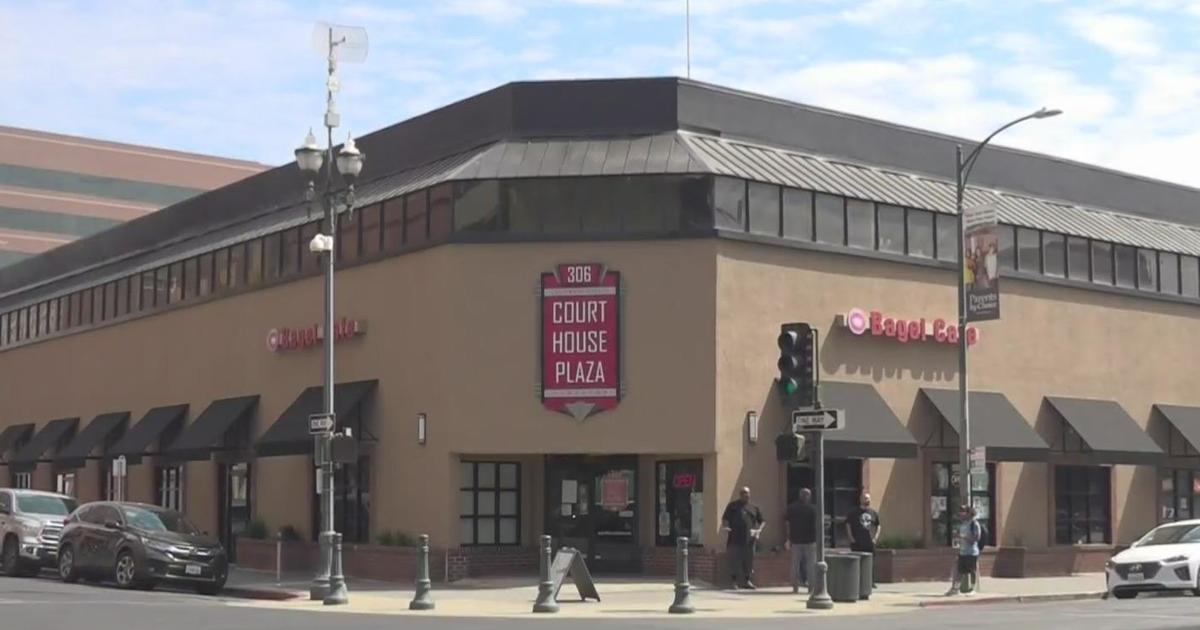 In its heyday, Courthouse Plaza was known as the Smith and Lang department store. The site saw businesses come and go before sitting empty for years.

“I knew we had to do something,” Yadon said.

He is the executive director of Parents by Choice, founded in 2006. It is a non-profit foster family that works with families and young people, including those coming out of the system.

His old office became cramped just before a lease renewal. Two years ago, he moved to Courthouse Plaza.

“I mean, it was completely empty,” Yadon said. “It was sad and dark.”

Fast forward, the building is a mix of office space, retail and cafes.

“The purpose of the cafe is to provide jobs for young people, especially young people in foster care,” he said.

“I come here because of the staff,” said customer Mary Lou Diarenco. “They adapt to your needs.”

The organization runs a gift shop where young people also work to learn life and career skills before transitioning into adulthood.

Amanda Huer is expanding her family antiques business instead. She is a firm believer in second chances.

“We’re very passionate about helping where we can,” said the Lodi-based owner of Secondhand Rose.

The store will donate a portion of its profits to Parents by Choice while employing children.

Yadon said he never imagined having 100% occupancy in the second year of owning the building after buying it.

For his five-year goal, he wants to open a table-service restaurant with American dishes.

He said he knew the building would benefit the nonprofit and its young people, but he was unprepared for the outpouring of encouragement and support coming from the community.

A historic piece of Stockton could be key to building the city’s future.

The parents by choice say they found the building on Craigslist and paid nearly $2 million for it.