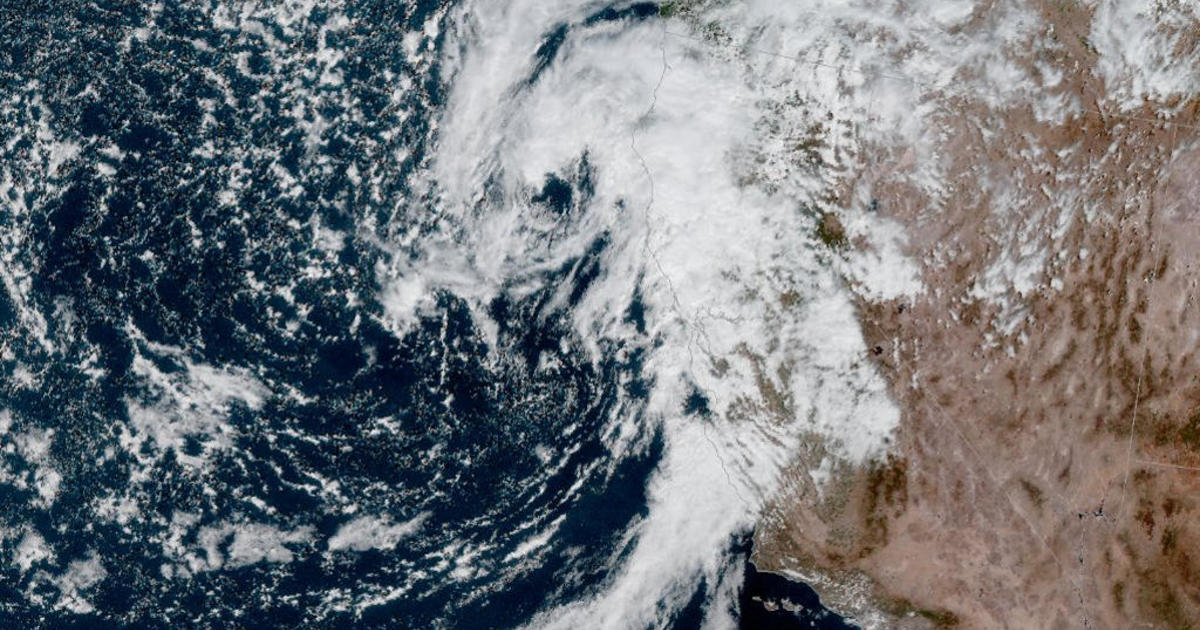 SAN FRANCISCO — Rain began arriving overnight in the Bay Area as the storm system off the coast brought the possibility of a record amount of precipitation over the next two days.

A wind advisory also came into effect at 6 a.m. Sunday morning for the coast and coastal hills for southerly wind gusts at 45 mph.

Rainfall amounts overnight ranged from a few hundredths across Marin and southern Napa Valley to 0.25 on average in the Sonoma Valleys, according to the National Weather Service’s Bay Area office. Northwest Sonoma was the region with the highest rainfall amounts Sunday morning, with parts of the region dropping 0.50 to 0.68 inches.

“The forecast remains on track and more bands of rain will continue to turn over the region this afternoon through tonight,” the weather service said. “We noted some offshore lightning strikes in the heart of the upper low, so the current low chance of thunderstorms remains valid as the low’s core moves closer and combines with peak daytime heating.”

Early rain totals as of 2 p.m. Sunday afternoon showed several locations in northern Sonoma County well above the two-inch mark for precipitation, with Cazadero getting 2.09 inches and Oak Ridge getting 2.28 inches. Ben Lomond in the Santa Cruz Mountains had the highest total outside of Sonoma County at 0.92 inches and Mount Tamalpais in Marin County had 0.56 inches.

Bodega Bay received just over half an inch, while Big Sur received 0.71 inches of rain, while most of the Bay Area received between 0.1 and 0.4 inches. More showers and isolated thunderstorms are expected in the evening.

Any significant rain will likely threaten the month’s records. September is usually one of the driest months of the year, so the oncoming storm is surprising for the drought-scorched region.

But unless the showers resume significantly before midnight, San Francisco’s record for 18 will stand. The daily rainfall record for downtown San Francisco was set on September 18, 1959 with 2.01 inches of rain. The Giants/Dodgers were watered down that day and played a double header on the 19th.

“September is climatologically the third driest month of the year, so expected rainfall amounts in the range of a few tenths of an inch to 1 inch (locally 1-2 inches hills/mtns) compared to September normals over 30 years can easily range from 800% of normal in many areas to nearly 1,000% in the North Bay,” the weather service said.

Daytime highs will be in the 60s and 70s across the region. Overnight lows will be mostly in the 50s. While most rain is expected on Sunday, scattered showers are likely to persist through Monday.

Sunday night calls for rain and lows in the 60s.

The remnants of Typhoon Merbok swept north through the Bering Strait on Saturday, causing widespread flooding in several coastal communities in western Alaska, knocking out power and forcing residents to flee to more land. students.

The force of the water moved some houses off their foundations and a house in Nome floated down a river until it got stuck on a bridge.

In Alaska, no injuries or deaths were immediately reported, said Jeremy Zidek, spokesman for the Alaska Department of Homeland Security and Emergency Management. Officials had warned that some places could experience their worst flooding in 50 years and the high waters could take up to 14 hours to recede.

Governor Mike Dunleavy issued a disaster declaration during the day.

Representatives from the Federal Emergency Management Agency were already in Alaska before the storm hit, and Dunleavy said they would stay to help assess the damage.

“Our goal is to do the assessments as soon as possible,” he said. “We are going to act as quickly as possible to provide relief, to ensure recovery, to provide the essentials that people need.”

Among the hardest-hit communities is Golovin, a village of about 170 residents who have mostly sought shelter in a school or three hillside buildings. Winds in the village blew over 60mph (95kph) and the water rose 11ft (3.3m) above the normal high tide line and is expected to rise further 2 feet (60 centimeters) Saturday before peaking.

“Most of the lower part of the community is completely awash with flooded structures and buildings,” said Ed Plumb, a meteorologist with the National Weather Service in Fairbanks.

Clarabelle Lewis, tribal government facility manager, Chinik Eskimo Community, was among those who sought refuge on the hill overlooking Golovin. She and others were weathering the storm in the tribal office after securing items in their homes from high winds and helping neighbors do the same.

“The winds were howling, it was loud,” she said.

Lewis has never experienced such a storm in 20 years at Golovin.

“We’ve had flooding in the past, but it’s never been this bad,” she said. “We have never had houses moved from their foundations.”

Flooding was also reported in Hooper Bay, St. Michael’s, Unalakleet and Shaktoolik, where waves crashed over the berm in front of the community, Plumb said.

In Hooper Bay, more than 250 people took shelter inside the school, public radio station Bethel KYUK reported. The village is one of the largest on the coast with almost 1,400 inhabitants.