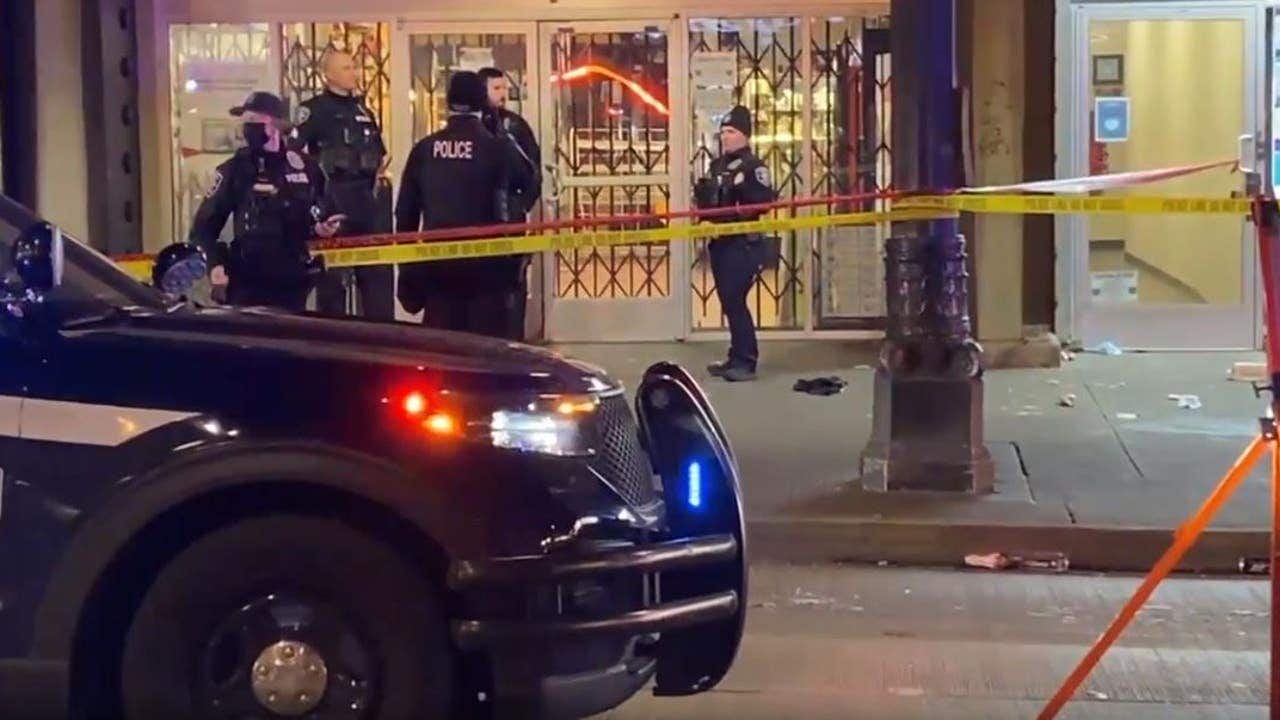 SEATTLE – The suspect accused of shooting a man in the face in downtown Seattle has been charged with first-degree assault.

The King County prosecutor on Thursday charged Tashawn Sykes, 23, with first-degree assault, and his bail was set at $400,000.

Prosecutors argued that Sykes “perceives threats against him everywhere” and will do whatever it takes to keep him safe.

The shooting happened around 8:30 p.m. on February 21, near 3rd Avenue and Pike Street. Officers patrolling the area heard the gunshots and found a crowd of people fleeing an incident. They found a 48-year-old man on the sidewalk with a gunshot wound to his face.

He was taken to Harborview Medical Center in critical condition.

According to court documents, the bullet entered the victim’s skull just below his right eye and exited through the back of his head near his neck. The victim has since been released from hospital and told police the bullet missed his brain, which saved him from being killed.

A witness told officers that the victim and Sykes had an argument, according to court documents, when the victim allegedly said something like, “Well, why don’t you kill me?” Sykes allegedly backed up, pulled out his handgun and shot him in the head.

An investigation of surveillance video, evidence and testimony, officers reviewed body camera video and learned that they had unknowingly walked past Sykes on their way to the sound of gunfire. Detectives spoke to detainees at Seattle Police Headquarters, who identified Sykes as the suspect.

Sykes is due to be arraigned May 16.