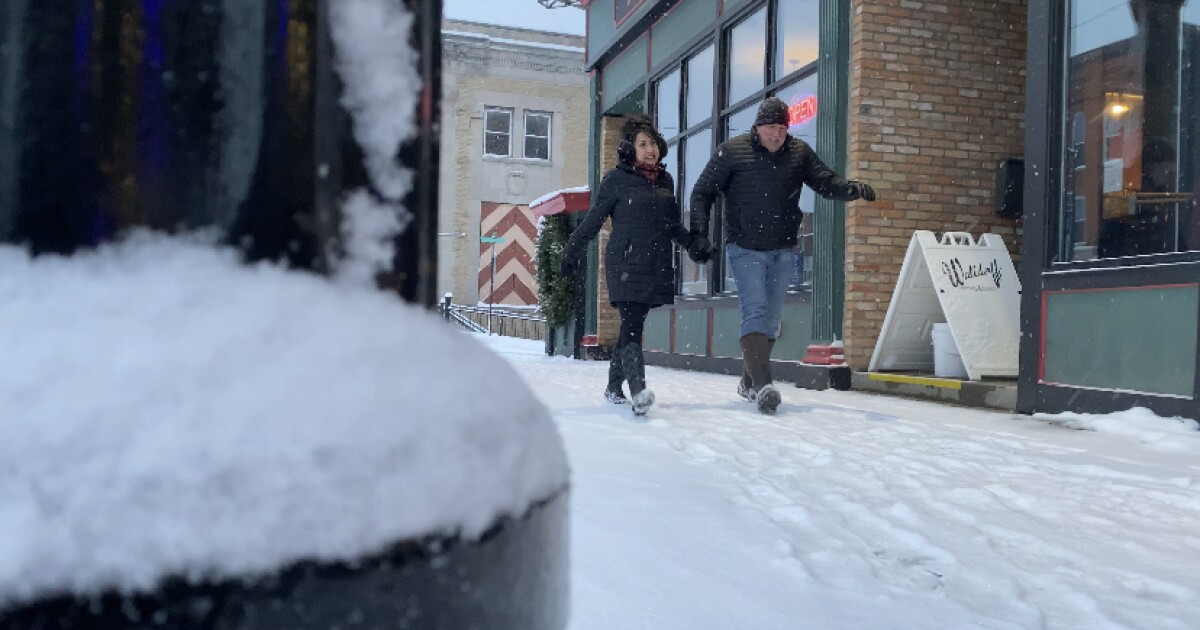 The city is under a winter storm warning through Thursday evening.

“I was a little surprised at how dead it was,” Parrish Hall said. “It’s bad, but it’s not that bad.”

Hall and his wife, Vanessa, were two of the only people walking around downtown Hastings on Wednesday evening. The couple say they wanted to escape the confines of their home and enjoy the winter weather.

“We love snow, so I’m glad we finally got some,” Hall said. “It was getting a little ugly out there with everything melting and getting dirty.”

Snow covered every road, car and sign in sight.

Ryan Kioski, who runs local Ace Hardware, says the store has also felt the idleness of the city. There were more employees than customers in the store when FOX 17 passed in the early evening.

Kioski says that in the days leading up to the snow, the store was busy with people preparing for the coming weather.

“People were ramping up, especially yesterday,” Kioski said. “Very busy day. We sold out a ton of shovels and salt and everything. Today it’s just people who forgot or didn’t listen to the news.

Despite the rush, however, piles of goods, like winter clothes, de-icer and shovels, remained on the shelves if people needed them. Kioski says the store has managed to avoid most of the supply chain issues that have plagued other stores in recent months.