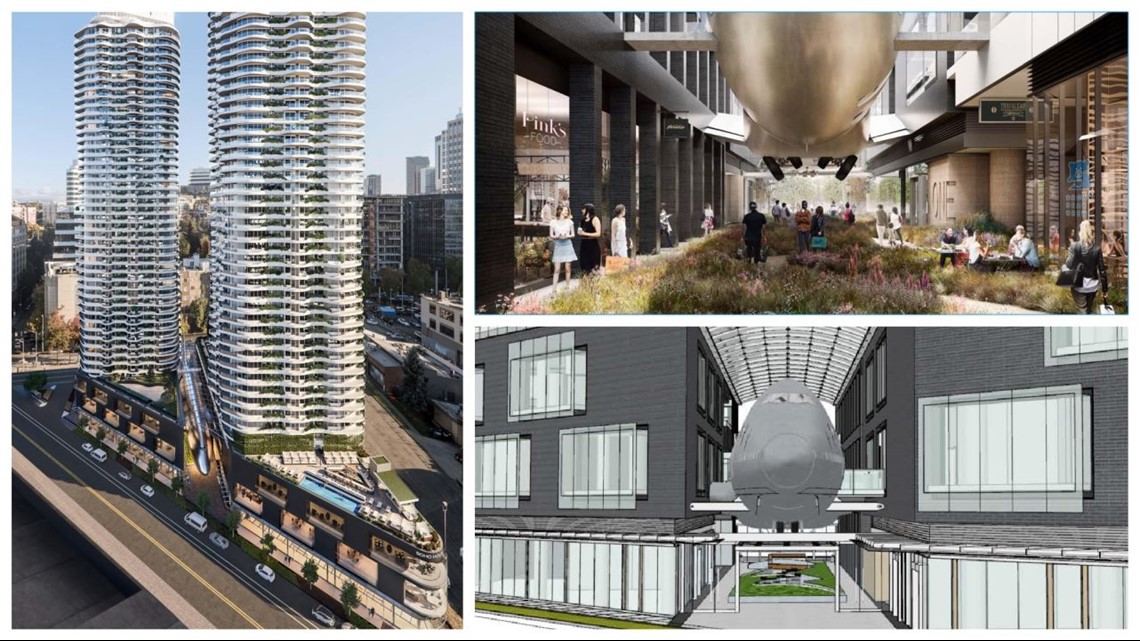 One of Seattle’s most ambitious construction projects to date will soon land downtown.

SEATTLE — An iconic Boeing 747 jumbo jet, a symbol of Pacific Northwest innovation and industrial success, will soon be the centerpiece of a new development in Seattle’s South Lake Union neighborhood.

Developer Ian Gillespie, the founder of West Bank based in Vancouver, Canada, is the visionary behind the project.

“The idea of ​​celebrating this innovation was something that I found really interesting,” Gillespie said in an interview with KING 5. “What symbol celebrates innovation better than the Boeing 747? .”

The old aircraft is currently being refurbished and broken up in the desert near Los Angeles. It will then be loaded in pieces onto two dozen flatbed trucks before being shipped to Seattle.

This is where the plane’s fuselage will be rebuilt and hung between two towers under construction at Stewart Street and Denny Way.

Gillespie, a self-proclaimed city-builder, is particularly interested in the architecture and design of his communities in major cities around the world. He is now primarily focused on Seattle, where the 1200 Stewart St apartment towers are just one of three developments he currently has underway in downtown Seattle.

“The people of Seattle should be incredibly proud of what they’ve done,” Gillespie said. “You have an amazing city.”

The Boeing 747 is sure to turn heads when fully installed in the summer of 2022. The 250-foot-long, 65-foot-tall aircraft will be suspended 14 feet above the center gallery of the 1200 Stewart. The development comprises hundreds of residential apartment units.

The plane will house offices for WestBank, but will also be open to the public with access to several shops, restaurants and a “Live Nation” concert hall.

Scholes admitted the city still has a long way to go to fully recover from the COVID-19 pandemic. However, the addition of Gillespie to downtown is a sign that big-budget developers are still willing to bet big on Seattle.

“We have a solid base on which we are rebuilding,” he said. “We have more people living downtown now than before the pandemic, so that’s a good sign for the future.”

Gillespie hopes his project will help put Seattle on the map. Most importantly, he hopes to inspire everyone who sees the Boeing 747 in town.

“To leave this thing thrown in the desert, never to have any value again, seems sad,” Gillespie explained. “If we could bring it back to life, I thought there was something romantic about it, and if we could inspire some people, then we were successful.”

Photos: Deconstructed Boeing 747 before being transported to Seattle 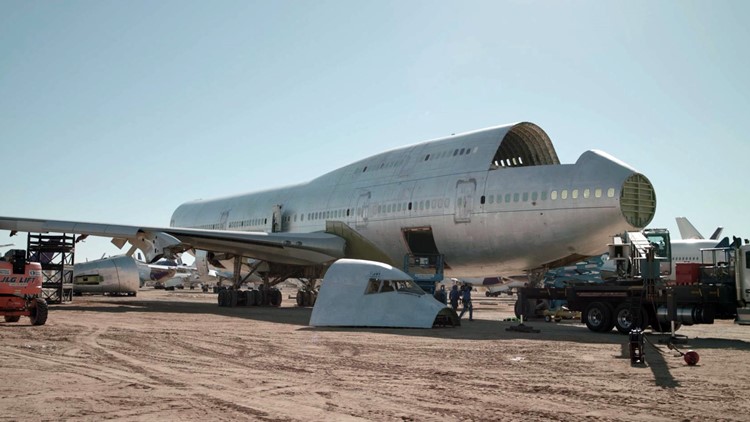