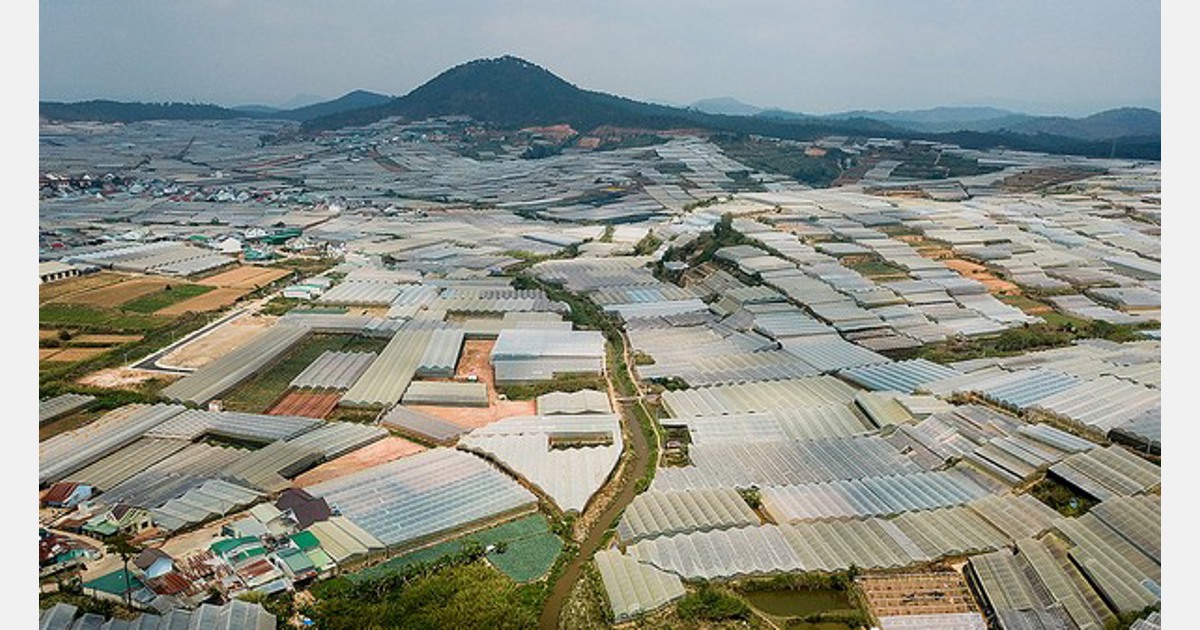 Da Lat is regularly flooded whenever it rains heavily due to massive greenhouse development and rapid urbanization consuming all available green space, write Phuoc Tuan and Khanh Hung on e.vnexpress.net. Da Lat, a popular resort town in Lam Dong province, was badly flooded on Thursday after a 30-minute downpour, with the city center under nearly a meter of water.

Vo Ngoc Trinh, vice chairman of the city’s people’s committee, said flooding in recent days, particularly on Thursday afternoon, only occurred in some low-lying areas and near waterways, not throughout the city as many believe. There are many factors behind the recent flooding, such as greenhouses and the like, not just an inadequate drainage system, he said. One problem could be that heavy rains over a short period of time cause flash flooding, but that’s not the main problem.

The problem might as well be the sudden increase in greenhouses, especially in agricultural areas on both sides of Cam Ly Stream. From a few scattered greenhouses at the end of the 1990s, he made 10,000 hectares out of a total agricultural area of ​​18,000 ha.

They are found in all neighborhoods and towns, although some inner-city neighborhoods have a high density of greenhouses. Seen from above, the city clearly doesn’t have much green space, with glass greenhouses popping up amid pine forests throughout the suburbs. According to experts, the ability of greenhouses to absorb water is almost nil, while many lakes like Van Kiep, Thanh Nien, Tam Tu, Da Thien 1 and 2, and others have been wiped out or shrunk, causing a poor drainage during rains.

Read the full article at www.e.vnexpress.net.