The Skokie Hotel should energize the city center; start of construction 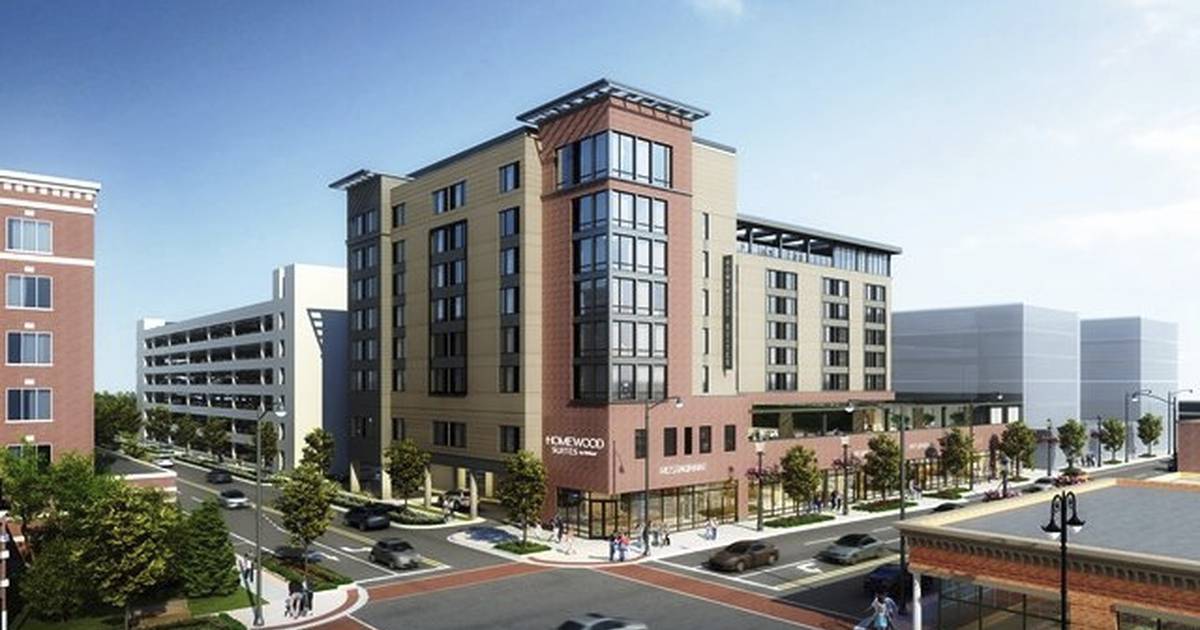 A six-year project to build a hotel in downtown Skokie is moving forward, with the site cleared and construction preparations beginning, officials say.

Chicago-based E&M Strategic Development plans to build the Homewood Suites by Hilton Hotel and Conference Center on the former site of Sanford Brown College at 4930 Oakton Street. Mark Meyer, managing partner and founder of E&M, said Thursday that the old building had been demolished and cleaned up, with the majority of building materials earmarked for recycling or reuse, and excavation of the site was underway.

As part of the hotel project, the village will build a $9.5 million parking lot at 8031 ​​Niles Ave., on land in the Illinois Science + Technology Park owned by American Landmark Properties.

To that end, the Village Council on August 15 approved a $10 annual lease with American Landmark Properties effective October 1; a $178,600 architectural design and engineering services contract with Ware Malcomb; and a $450,329 construction contract with Russell Construction.

The first phase of the parking garage will provide 100 public parking spaces and 200 hotel parking spaces. Additional floors for Illinois Science and Technology Park tenants may be built in future phases. Additionally, the driveway north of the hotel will become a fully upgraded street named Oakton Terrace. The parking garage — part of the Illinois Science and Technology Park Master Plan beginning in 2005 — will be just north of Oakton Terrace.

The project was originally estimated at $55 million, but it will cost more than $60 million due to inflation and an overall increase in the cost of goods and materials, Meyer said.

Under the development agreement, the village will contribute up to $13.5 million in tax increment funding for eligible project costs. TIF funds will be used to build the parking lot, village officials said.

Meyer said it might be difficult to meet the original goal of opening the downtown hotel in the fall or winter of 2023.

“Normally it’s 14 to 18 months of construction time,” he said. “Weather, supply chain issues, labor issues – all of those things have an effect. If all goes well, yes we can open at that time.

Meyer said the company is focusing on Hilton, Marriott and IHG hotels. The company built a Holiday Inn Express and Suites in Elkhorn, Wisconsin, for example. It’s not uncommon for projects to take several years, he said.

“You think you’ve got it all figured out, and then you’re hit with the unexpected, like rising interest rates and the costs associated with that,” he said. “And COVID, obviously.”

Meyer, who is in business with his daughter, Emily Meyer, said they were “big believers” in downtown Skokie. He lives in Evanston and has frequented Skokie often, he added.

“As there have been urban flights (as a result of the pandemic), it seems Skokie has become a desirable place for people to settle,” he said. “It has been great to work with the village. They value finding a partnership that works, not just to see development, but to see it done well.

For example, Skokie chose an eco-friendly contractor for the demolition, which resulted in less than 5% of the debris ending up in landfills, Meyer said.

He explained that concrete was crushed to become road mix, and steel and other metals were melted down for reuse, among other things.

The new parking lot will also be equipped with electric vehicle charging stations, said Village Superintendent John T. Lockerby. “We work with each project to make it sustainable,” he said. The garage, however, will not have solar panels or a green roof, he said in response to a question posed by a resident at the Aug. 15 meeting.

Administrator James Johnson, who abstained from voting on the parking contracts, said the project “is not aligned” with the village’s sustainability goals. “I would really like to see the remaining green space at Illinois Science and Technology Park be better protected in the future,” he said.

The hotel is estimated to attract 47,000 customers who will spend $12.5 million a year, with a benefit for local restaurants of up to $2.1 million a year, village officials said.

The hotel will also create 65 to 80 jobs, with the potential to grow into careers, in the hospitality industry, Meyer said.