“The ugliest building in downtown Seattle” or “a piece of public art”? Either way, King County shut it down 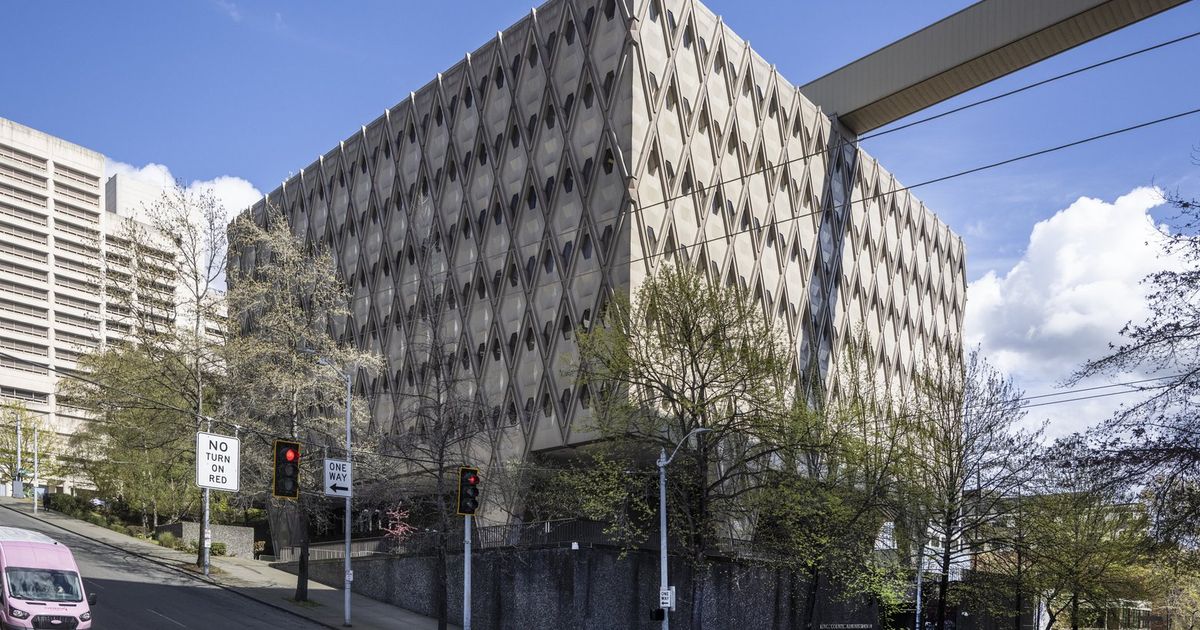 For more than 15 years, a prime real estate block in Seattle’s booming downtown has lain vacant, a veritable hole in the ground, directly across from City Hall.

Now, just as construction begins to finally turn that blight into an asset, another prime real estate block in Seattle’s booming downtown – also in front of the town hall – becomes vacant.

King County is closing its downtown administration building, leaving an architectural imbroglio of a controversial office building vacant since it opened half a century ago.

The building that once housed the offices of the Assessor and Recorder, various licensing departments, and county business operations has been met with much disgust but also some admiration for its boldly architecturally adorned exterior ( or reckless) with a diamond pattern interspersed with hundreds of hexagonal windows.

“This might be the ugliest building in downtown Seattle,” former Deputy Mayor Tim Ceis once said.

“The ugliest building in the world,” said former county executive Ron Sims, who hasn’t had the upper hand, as he proposed to tear it down 15 years ago.

It incites “a deep excitement or disgust”, the The Pacific Coast Architecture Database writes. “The building is exceptional and should not be demolished without a reasoned discussion of its merits.”

Kitty-corner of the County-owned Administration Building is Seattle’s long-owned hole-in-the-ground, taking up the entire block between Third and Fourth Avenues across from City Hall, which has stood vacant since the old building the city’s public safety building was demolished in 2005.

The city had long planned a public plaza on the site, with development above, but was thwarted by recession, political scandal, wrangling with developers and inertia. The city sold the block to a developer in 2020. Construction finally began this month on a 57-story tower with 422 condos, ground-floor retail and a public plaza.

The county administration building, occupying the block between Fourth and Fifth Avenues and James and Jefferson Streets, has been mostly vacant for the past two years since the COVID pandemic sent office workers home. But there are no plans to bring them back. And the county now plans to build a hybrid hedge-fence around the aging building.

The few remaining employees will be moved out and the building completely closed by the end of the year, said Cameron Satterfield, spokesman for King County Facilities Management.

The county says the building, which cost $7 million to construct when it opened in 1971, is expensive to maintain and is no longer needed, with thousands of county employees now working, at least part-time, from their home.

“King County is moving toward a hybrid workplace in the wake of COVID,” Satterfield said. “Employees who can work remotely most or all of the time no longer need assigned space in a county building, so this seemed like an ideal opportunity to reduce our physical footprint and avoid updates. costs of the administrative building.”

Satterfield said the county is converting several thousand square feet of office space in several other buildings into flexible space that remote workers can use, and that services formerly available in the administration building are now available onlineby email or telephone.

No decision has been made as to whether the building will be sold, demolished, leased or redeveloped in some way, Bert said.

“The building will be secure and a fence erected around the majority of the building,” Bert said. “Parts of the fence will be a green fence that will incorporate plants and vines.”

A spokesperson said a request for proposals for the fence would be issued in a few months.

Dubbed the Waffle Building when it opened, the Administration Building has long garnered strong opinions. Nine stories tall, previously housing around 600 staff, the squat, towering cube has been criticized for lacking human scale and failing to fit into its downtown surroundings.

The three-story concrete pedestal beneath the iconic diamond lattice has no windows and few doors, giving pedestrians nothing to interact with.

“Its architectural elements create huge blank walls of rough concrete facing the surrounding streets, breaking sight lines and creating an eerie atmosphere,” a University of Washington Department of Urban Planning studio, seeking to revitalize the area around the downtown courthouse, written in 2020.

“A bewildering image to county government,” wrote Sally B. Woodbridge and Roger Montgomery in “A Guide to Architecture in Washington State,” “the building towers over its neighbors in this architectural zoo that includes the Seattle Civic Center.”

The building was designed by the now-defunct architectural firm Harmon, Pray and Detrich, which also designed notable local buildings, including the Seattle Labor Temple, the UW Sieg Halland the Job Security and Road Permit Buildings on the Capitol campus in Olympia.

A building, the firm wroteshould be functional, economical to maintain and “pleasant, orderly, interesting and expressive of purpose”.

In 1971, just weeks before the Administration Building opened, Seattle Times art writer John Voorhees, in an article on public art, praised the building while alluding to the polarized reaction from his view.

“A building like the new King County Administration Building that is a piece of public art in itself, like it or not, and the only kind of public art it needs is greenery,” Voorhees wrote.

If the purpose of art is to elicit emotion, then the administration building, whatever its alleged usability, has undeniably succeeded as an object, perhaps less so as a building.

In 2007, just after Sims called it the ugliest building on the planet as he sought to tear it down and replace it with an office tower, Seattle architecture critic PI racked up even more opprobrium.

“The Fourth Avenue side of the County Building presents the most desperate, demoralizing, and frightening entrance plaza of any public building in greater Seattle,” Laurent Cheek wrote. “Abandon all hope, you who enter here.”

The entrance to the building, Cheek wrote, conjures up an image of a “gigantic, faceless government bureaucracy” and leaves visitors “emotionally primed for bureaucrats to scold or ignore you.”

The morning sun reflects off the building’s faceted panels, a scattered mosaic of light and shadow.

“The building’s tectonic exterior is as interesting as it is thought-provoking, a jarring visual artifact that perhaps deserves a second look.” wrote Paige Wagoner Claassen, architectural historian.

In a mid-century architectural era dominated by boxy, even bland modernism in glass and steel, the building stands out for its non-traditional ornamentation, said Alan Michelson, manager of the UW’s Built Environments Library.

“I think part of the measure of a building is its ability to excite or, like any work of art, its ability to create some sort of response in the viewer,” said Michelson, who also runs the base. Pacific Coast Architecture Data Center. . “These types of buildings are the ones we need to look closely at. They may not appeal to standard tastes in architecture or current tastes in architecture, but we don’t know how people in the future might view it.