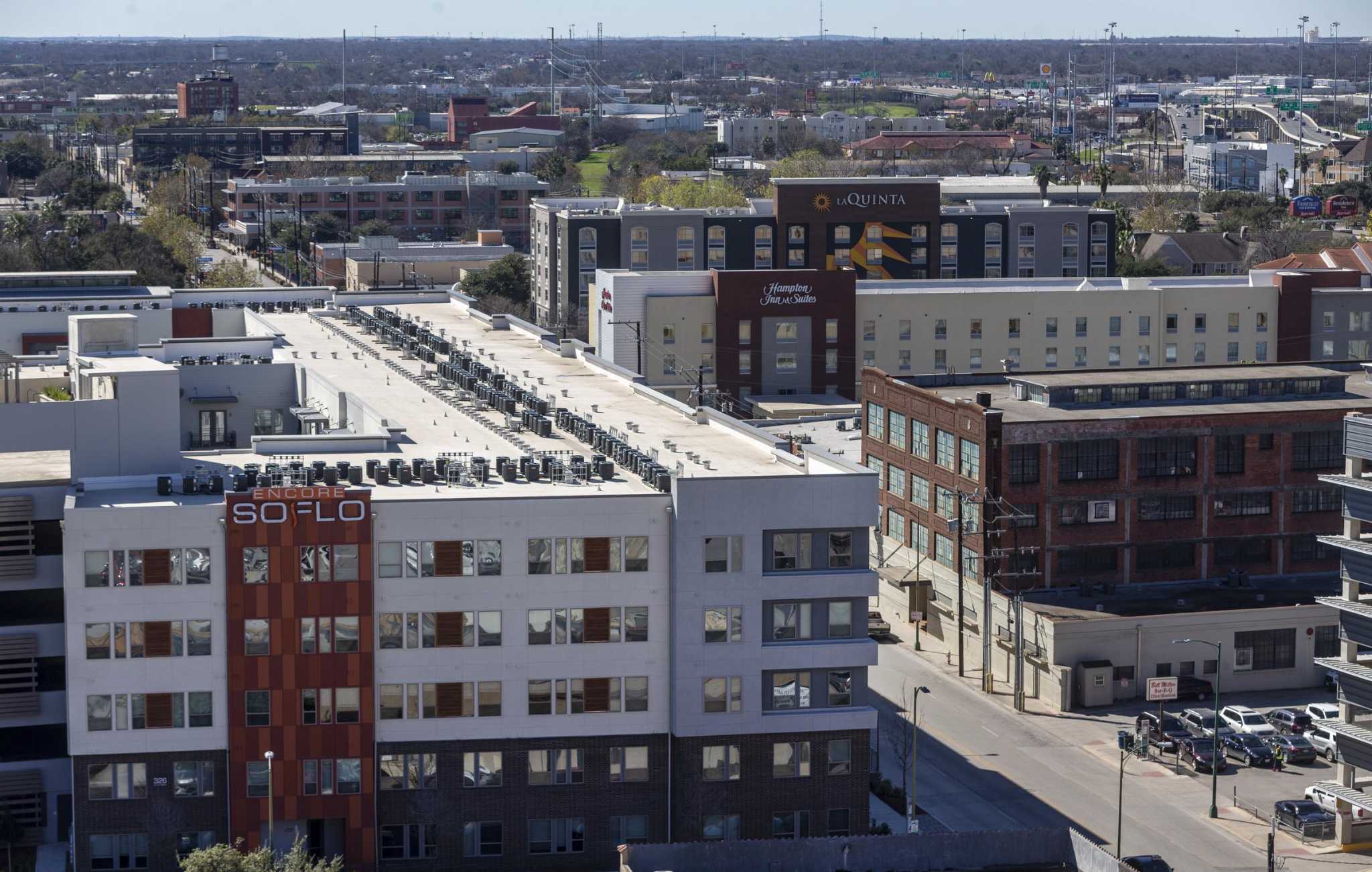 Last month, a division of Dallas-based Encore Enterprises sold the 339-unit Encore SoFlo complex to a company tied to Dallas-based Strategic Property Investment Advisory, according to the deed documents.

The sale price for the complex at 326 S. Flores St. was unknown, but records show the company borrowed $51.9 million for the purchase.

The neighborhood and proximity to HE-B headquarters, the new Federal Courthouse, the future School of Data Science and National Security Collaboration Center at the University of Texas at San Antonio, and the Cultural Park of San Pedro Creek are attractive, said SPI director Sean Mabarak.

Encore and architectural firm JHP “also benefited from significantly lower input costs during construction (from) 2017 to 2019, so our investment base is comparatively lower than what we could build for today. “, added Mabarak.

Encore received an incentive package worth an estimated $6 million through the Downtown Housing Incentive Policy, or CCHIP, to build the apartments. The controversial scheme, created to incentivize developers to build downtown housing, expired at the end of 2020.

SPI first entered the market in August with its purchase of Southtown Flats, which is near the Blue Star Arts Complex, and Birwood Heights, near the Rim Mall. Last month, he purchased the La Mirage complex in the South Texas Medical Center area.

“This acquisition completed our 2021 expansion into the San Antonio market and we are excited to continue this expansion in 2022,” Mabarak said of Encore SoFlo.

Also in December, New York-based companies linked to Benefit Street Partners and Strategic Properties of North America, which have offices in New Jersey and Illinois, purchased the Augusta Flats and Jones & Rio apartments.

Through the CCHIP program, owners will receive incentives worth an estimated $2.8 million for Augusta Flats and a $4.5 million package for Jones & Rio.

Benefit Street Partners and Strategic Properties of North America did not respond to inquiries Wednesday.

CPS Energy sold a one-acre downtown parking lot, another of the properties the utility put up for sale in 2019 to help defray the cost of its new $210 million headquarters.

A partnership tied to Kevin Covey and Paul Covey, who own office and retail buildings and parking lots in San Antonio and run local firm GrayStreet Partners, bought the land at 121 Navarro St. next to the Mexican Consulate for $5.6 million.

They plan to continue using it as a parking lot, said GrayStreet development director Peter French.

CPS put seven of its properties on the market in 2019 and sold five in the past year. The parking lot is the second site the Coveys have purchased on the utility’s listings.

They bought his old customer service center at 7000 San Pedro Ave. for $5.25 million in November. It will likely be renovated into offices for three or four tenants, the Coveys said. Their backup plan is to convert it into apartments.

Last month, Blueprint Hospitality purchased CPS’s former headquarters at 145 Navarro St. and its parking lot stake in the Tower Life building for $19 million. The company, which has offices in Houston and Chicago, plans to convert the office building into a hotel.

In February, Los Angeles-based BH Properties purchased the office building and utility parking lot at 146 Navarro St. for $22.25 million. The company plans to renovate it and add a restaurant area.

The Villita Assembly building at 401 Villita St. and a former service center on Jones Avenue next to the San Antonio Museum of Art remain on the market.

The CPS board voted in 2015 to donate about half of the nearly 7-acre Jones site to the museum and sell the other half, but the parties were unable to reach an agreement before the 2019 deadline.

The utility is also grappling with the financial fallout from the coronavirus pandemic and costs rose during February’s winter storm. Trustees recently gave the go-ahead to donate 1 acre to the museum and sell the rest.