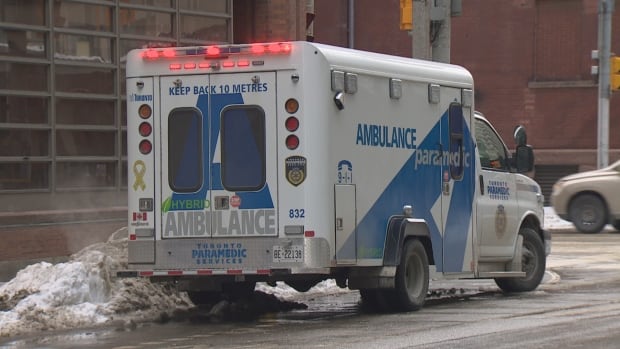 More homeless people have been coming to Toronto hospitals recently to seek shelter and are suffering from cold-related injuries than in recent months this winter, according to a doctor.

Dr. Raghu Venugopal, who works in several emergency departments in downtown Toronto, said some homeless people spent two days in the emergency room on the hallway floor, and others had frostbite on their fingers and toes.

“I saw a man who lives in his truck with his animals, and he had a kerosene fire in his truck and his hands had second-degree burns,” he said. “People are doing everything they can to stay warm.”

The Toronto Star reported on Saturday that St. Michael’s Hospital has seen an increasing number of people presenting to the emergency room with injuries including frostbite, foot infections and hypothermia.

Dr Venugopal said the cold snap has made many homeless people worse off and they are seeing more of these cases in emergency rooms.

The increase highlights the human toll of several days of freezing temperatures combined with what homeless advocates say is the inadequacy of Toronto’s shelter system.

There were about 7,700 people staying in Toronto’s shelter system on Saturday night. A frontline worker and a woman living in the system say shelters have been almost full this month and warming centers are often at capacity.

The city says it’s doing what it can to get people inside. Forty-nine new spaces were added to the shelter system Saturday night, the City of Toronto’s Shelter, Support and Housing Administration (SSHA) said in a statement Sunday. Of these beds, 30 were used.

There were 7,721 people in shelters and 73 people were referred to shelters, the city said. City outreach teams encountered 17 people on the street, but only one agreed to return.

“Warming centers have been open continuously for two weeks as the City continues to do all it can to ensure people have a warm space to come in,” the SSHA said.

The number of people in shelters is far below the estimated number of homeless people in the city. The city identified 9,000 people experiencing active homelessness in Toronto at the end of November 2021, according to data released last month.

There were also 31 active outbreaks of COVID-19 in Toronto shelters as of Jan. 28, according to the City of Toronto website.

The system of refuges considered dangerous

Dr Venugopal said in his experience many homeless people prefer the streets because they get robbed or harassed in shelters.

Jennifer Jewell lives in a temporary shelter at the Bond Place Hotel near Dundas Street East and Yonge Street. She said she had been calling the city’s Central Reception Line for months trying to get a friend inside after he was kicked out of a shelter four months ago.

“Day to day, I don’t know if he survives the night,” she said, adding that he now had frostbite on his face from the cold.

“His hands are swollen and cracked. He can’t use his hands very well.”

She said he didn’t want to go to gathering places – where multiple people sleep in the same space – because of the effects on his mental health and fear of getting sick with COVID-19.

The hotel he is staying at is understaffed and under-resourced, she said.

The shelter system has never been large enough to cover the homeless population, said Tommy Taylor, a frontline worker and member of the Shelter and Housing Justice Network.

“There would be no other outcome, with the severe staffing shortages and venue shortages,” he said.

“It’s just a system that wasn’t ready, despite so many pleas and so many warnings to city leaders that it was what we had to prepare for.”

The city may have to ask the federal and provincial governments for help if it can’t find money in its own budget to deal with the crisis, Taylor added.

“I would encourage city leaders to recognize the crisis, that we are in an emergency and not be too proud to ask for the help that we need right now,” he said. . “Toronto desperately needs that front.”