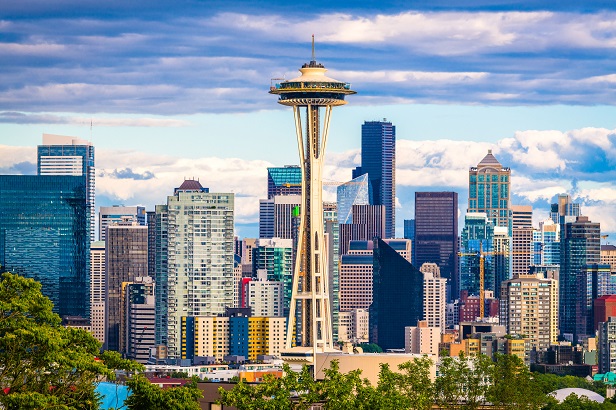 EQ Office has announced plans to reposition the US Bank Tower in downtown Seattle. The project will be the largest of its kind downtown in the market, according to EQ Office, which acquired the building in June 2019 and began construction in February 2021. The project will be completed in early 2023.

EQ’s vision for the project is to create a culture and environment that will attract workers to the office and support talent recruitment and retention. According to Lisa Picard, CEO of EQ Office, large companies are expecting a full return to the office, and many are looking for buildings that support the transition to physical workspaces. EQ is partnering with SkB Architects and Blackstone on the project.

The repositioning includes a complete redevelopment of the first floor of the building with multiple reception areas that will engage guests. The project will include a central open-air venue along Fifth Avenue known as Cedar Hall. The three-story space will house retailers and culinary experiences. EQ Office will also redesign the lobby and public areas and install local artwork to enhance the experience.

This is not the first time that EQ Office has undertaken a major building repositioning. The company has completed similar projects at The Exchange in Seattle and Willis Tower in Chicago. Additionally, the company is committed to transforming Seattle office buildings with similar renovations planned for Docusign Tower at 999 Third and 800 Fifth.

The last report from the VTS Office Demand Index shows that office leasing in Seattle has already rebounded with demand 18.5% above its pre-pandemic numbers. It was one of the few major metropolitan areas to see an upsurge in demand this year – others include Chicago, Los Angeles, Washington, DC, San Francisco – which helps support office projects like this.

Although EQ Office is focused on redevelopment, new grassroots projects are also underway. Last month, for example, Skanska should break the ground on its new office project, The Eight, next month in Bellevue, WA. The project represents the city’s first speculative office building development in the past six years. The 25-story Class A office tower will comprise 540,000 square feet. The Eight will include 7,000 square feet of public open space, 12,000 square feet of ground floor retail space and an additional 1,200 square foot retail pavilion.