UW Board of Trustees Identifies 2 Finalists for UW System President 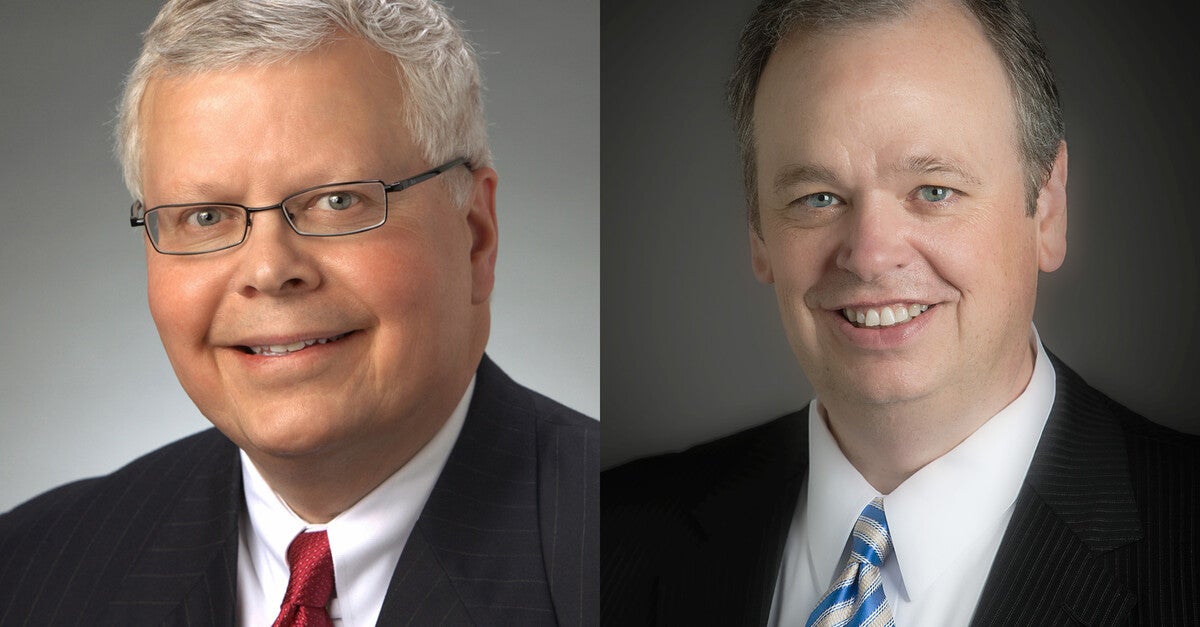 Two Wisconsin men have been named finalists in the search for the next president of the University of Wisconsin system. A special committee of the UW Board of Trustees nominated UW-Eau Claire Chancellor Jim Schmidt and Milwaukee law firm CEO Jay Rothman from among 44 nominees.

Rothman has served as president and CEO of the Milwaukee-based law firm Foley & Lardner since 2011 and has been a partner since 1994. He earned a bachelor’s degree from Marquette University and a law degree from Harvard Law School. A biography of Rothman, provided by UW System communications staff, said he was responsible for developing and executing the law firm’s strategic plan and overseeing administrative functions – including recruiting. , retention and development.

Rothman is also a director of Quad/Graphics and Mayville Engineering Co., and a director of Junior Achievement of Wisconsin and the Metropolitan Milwaukee Association of Commerce.

During an interview Friday, in which UW System communications staff stipulated that reporters ask the same two questions of each nominee, Rothman said he was honored to be considered a finalist and said said his decision to apply for the job was based, in part, on him. nearing the end of his term as chairman of Foley & Lardner. He said it creates “an opportune moment for me to think about my next chapter”.

Rothman described the UW system as a jewel in Wisconsin’s crown and said his experience leading a major international law firm for 11 years aligns well with his passion for helping the university and Wisconsin prosper.

“We depend on the individual entrepreneurial skills and leadership skills of our partners, of which there are nearly 500,” Rothman said of the company. “They’re smart and independent. And I suspect the same goes for system leadership when you think about shared governance.”

Rothman said the UW system needs to close the pay gaps between faculty in the system and those at peer institutions, though he said he had no immediate answers on how to do so. Rothman said campuses also need to work with public K-12 schools to create additional pathways for students to receive a college education.

Rothman was asked when, if at all, the UW system should consider closing campuses in light of declining enrollment, particularly at two-year high schools. He said tough choices may have to happen, but not until all other options have been exhausted.

“So I think we have to be careful how we approach closures,” Rothman said. “But I would start by saying, ‘What can we do to make these campuses more vibrant and sustainable before we consider saying we should just close.’

Schmidt has served as chancellor at UW-Eau Claire since 2013. Previously, he was vice president for academic advancement at Winona State University in Winona, Minnesota, and vice president for student affairs at Riverland Community College in Austin, Minnesota. Schmidt holds a bachelor’s degree in political science from Winona State University, a master’s degree in business administration from St. Thomas University in St. Paul, and a doctorate in politics and administration from education from the University of Minnesota, Twin Cities.

The UW System biography for Schmidt cites a research collaboration between the university and the Mayo Clinic and a supercomputing center on the UW-Eau Claire campus through a partnership with Hewlett Packard Enterprise.

Schmidt and the foundation are working to break new ground this summer on a $100 million sports and events complex that will include a Mayo Clinic sports medicine center.

In a subsequent interview on Friday, Schmidt touted his experience working at colleges in multiple roles, including government relations.

“I have developed a reputation for innovation, community engagement, strategic partnerships and successful fundraising, and always as a passionate advocate for students who deserve at least as good an opportunity as each of us,” said said Schmidt.

He said the biggest challenge Wisconsin faces is the need to attract new talent to boost the state’s economy.

“As a UW system, we need to meet students where they are and break down barriers to success so everyone realizes their potential,” Schmidt said. “Wisconsin’s success is tied to the success of its people.”

Schmidt said the UW system must “squeeze every ounce of value out of every dollar” offered by the state. He said he’s become “very used to cutting budgets” since becoming chancellor of UW-Eau Claire.

“What I have to do if I’m president of the system is make sure that we meet the needs of the people of the state of Wisconsin to make sure that in our communities, we work with our cities, we work with businesses to meet their needs,” Schmidt said. “And I think by doing the right things with them, I’m going to rely on them to do the right things for us and advocate with the governor and the legislature to make New Investments in the State of Wisconsin.”

Schmidt suggested pooling system resources on how to provide students with online or in-person classes with convenient business support for students.

“I think the plan had some great ideas, but its biggest problem is that it’s focused on a top-down model,” Schmidt said. “I think I want to turn things around.”

In December, Wisconsin Public Radio submitted a request for open records asking how many candidates applied for the top job in the UW system and what demographic information the candidates self-reported. In an email sent on Dec. 16, the system said 44 people had applied as of Dec. 10. Of those who declared their race, 23 were white, 11 were people of color and 10 candidates did not run. Seven of the applicants were women and three said they were veterans.

The latest search to find the next permanent president of the UW system began in July 2021 when a 19-member search committee was appointed by UW Board Chair Emund Manydeeds. The committee included regents, trustees, a student regent, and faculty and staff from campuses across the state.

It was more than double the size of a previous search committee that worked unsuccessfully in late 2019 and early 2020 to find a replacement for Cross, who announced his retirement in 2019. In November 2019, the former chairman of the board of trustees Andrew Petersen announced an eight-person committee which included chancellors, regents, provost and student regent – ​​but did not include teaching staff or other students.

The exclusion of faculty and staff has drawn criticism from system employees. At the time, Petersen said the small committee would be able to choose Cross’s successor faster than previous searches that included dozens of members.

On June 2, 2020, Petersen’s committee named former University of Alaska System President Jim Johnsen as the sole finalist for the position. That research fell apart when Johnsen stepped down 10 days later and said the Regents “have significant process issues to address”.

After the search failed, the UW system announced that former Republican Gov. Tommy Thompson would step in as interim president until a successor was found. Last week, Thompson announced he would step down from his post, effective March 18.

A press release identifying Rothman and Schmidt as finalists said the Special Committee of Regents will forward its recommendations to the full Board of Regents. A final decision is expected by the end of January, according to the statement.

Editor’s Note: Wisconsin Public Radio is a service of the University of Wisconsin-Madison and the Wisconsin Educational Communications Board.