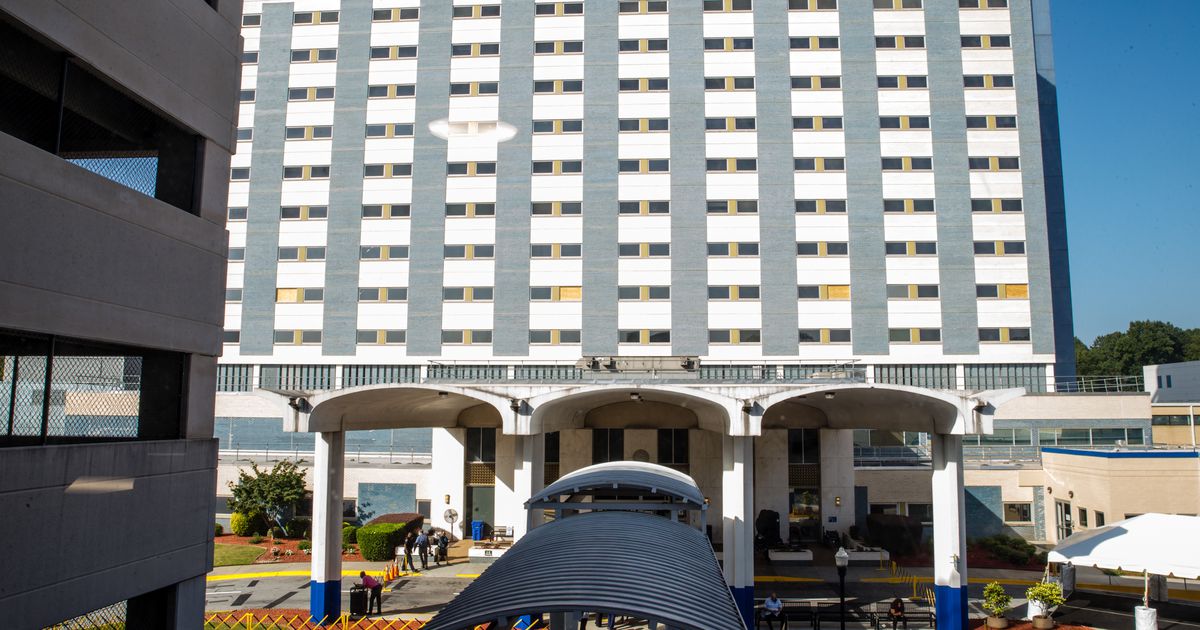 “My two kids, who were world champions in kickboxing and martial arts, would go to the hospital in Atlanta and perform for the vets who were there for surgeries or long-term care. The smells and the environment were pathetic to my children and myself,” said George Adams, a retired Army Ranger.

The AIR Commission’s report will be presented to Congress in January, which will be responsible for decisions on timing and funding. The $56 billion price tag for the proposal includes not only land, construction and equipment costs, but also operating expenses on 30 years. This is $3 billion more than the cost of maintaining current infrastructure and operations over the same period, but the major rehabilitation is expected to provide a much improved level of service.

The report details a constellation of new or improved outpatient clinics in the Atlanta metro area, including Gwinnett County and Fort McPherson, which would relieve some pressure from the main VA hospital on Clairmont Road.

Walker believes the Atlanta hospital is a high priority because it is one of the largest and serves one of the fastest growing veteran populations in the United States.

The Metropolitan District of Atlanta serves about 156,000 eligible veterans, according to market research. Georgia’s veteran population is expected to grow by more than 9% over the next decade. The Southeast Network is expected to accommodate the third largest population of veterans in the VA system in the coming years.

Georgia veterans who need to get to the hospital in Atlanta have complained about the lack of parking and the difficulty of driving there. The majority of Georgia veterans are 65 and older.

“It can take two hours to go 40 miles,” said James Yarbrough, who is due to make the trip from Cherokee County.

If Congress passes the proposal to replace the Atlanta hospital, it would likely be built on the same site. Walker said the hospital needs to maintain close ties with Emory University and Morehouse School of Medicine, which partner with the agency.

But, he said, new and expanded facilities in Cobb, Gwinnett and elsewhere would reduce the need to travel to Atlanta. The plan also proposes major medical centers to be built in Gwinnett County and Macon, and an upgrade to the Fort McPherson Medical Center.

Big changes are also planned for the exterior of Metro Atlanta.

To exploreVA launches two investigations into 10 pallets of unopened mail

The AIR Commission report calls for operations to be moved to the VA center in Dublin to a new hospital in Mâcon. A new large outpatient clinic would be built in Dublin.

The process could take decades.

“But there are things we’re already working on, and we’re not waiting for the AIR Commission,” Walker said.

Among them is the planned opening this year of the long-delayed 62,000 square foot Cobb County Outpatient Clinic in northwest Marietta. Construction was initially delayed in 2019 due to a bidding issue and then pandemic-related issues. The new Cobb Clinic will offer services ranging from audiology to X-rays.

When it opens, the smaller West Cobb, Northeast Cobb and South Cobb clinics will close. Staff will move into the new clinic, which is expected to have 246 full-time employees.

The VA is planning 20 new long-term care beds at the Trinka Davis Veterans Village clinic in Carrollton and expanding the Columbus VA clinic, which is scheduled to end this summer. The VA recently awarded a design contract for a new 30,000 square foot clinic in Perry, central Georgia.

Walker said the Southeast Network will soon begin the process of expanding the existing Gwinnett Clinic, including a long-term care center, “independent of the AIR Commission”, due to demonstrated need and growth. the number of veterans in Georgia.

Some proposals in the new VA plan in Georgia

The AJC reported numerous stories detailing problems at VA facilities in Georgia, including overloaded phone systems and closed surgical suites at the Atlanta VA Hospital in Decatur. A long-term care facility was also closed due to deteriorating building conditions and a fire ant infestation that could not be eradicated. The AJC learned from veterans in April of a new report proposing sweeping changes to modernize the system’s aging infrastructure in Georgia, Alabama and South Carolina.