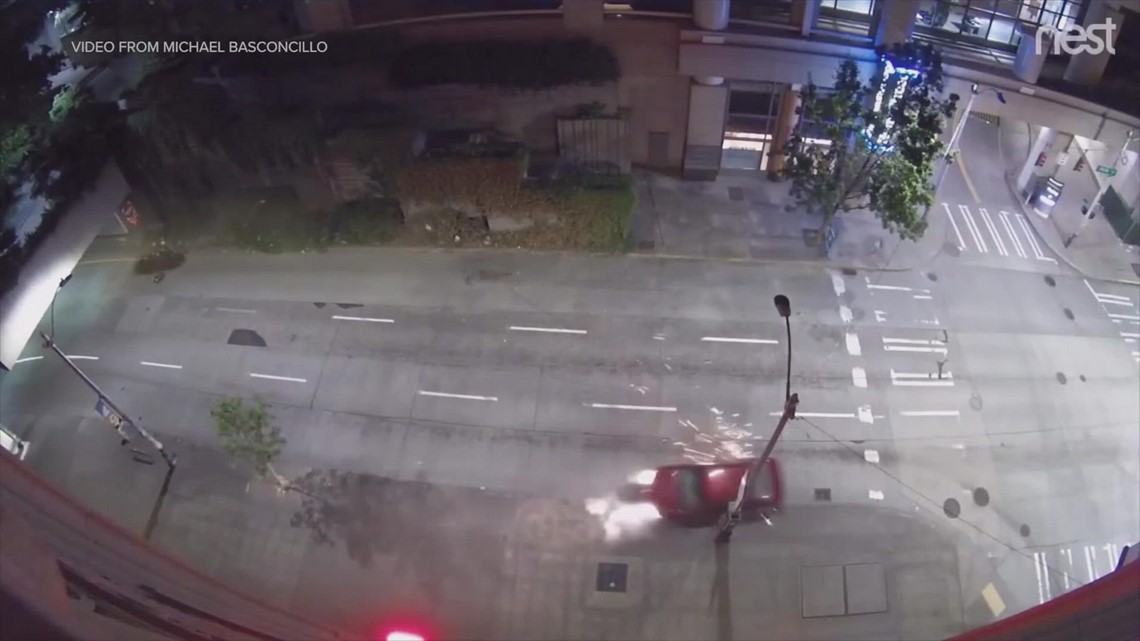 A man has spent years documenting accidents at the southern exit ramp of I-5 on Union Street.

SEATTLE — A viral video raises new safety concerns about a downtown Seattle intersection. A man has spent years documenting accidents at the southern exit ramp of I-5 on Union Street.

Michael Basconcillo says he’s lived near the corner of 7th and Union for 20 years and got tired of the constant screeching of tires and loud noises outside his door.

He often ran outside to find the consequences: a car and a driver crashed on the side of the road.

Basconcillo decided to mount a camera at the intersection to document the problem of people exiting too quickly at the south exit of I-5 near the convention center. Every once in a while he would catch a spectacular crash and edit the problem.

This week, he says, he found himself online and had thousands of views.

“I had two friends who texted me yesterday morning and said you were famous, your video is on Reddit, I go, what is Reddit?” said Basconcillo laughing.

But the question is no laughing matter, he says, because there is an accident on the spot, according to his estimate, four to six times a year. “They see a 20 mph exit sign, and it means nothing.”

SDOT and WSDOT data are inconclusive, but tire marks and scratched pavement are prevalent at this location, which is technically a city street connected to a state highway.

The WSDOT says it’s aware of the problem and has made changes since 2019, adding and replacing signage to urge people to slow to 20 miles per hour on sharp turns.

But Basconcillo says he thinks agencies could do more, such as adding divots or bumps to the pavement that increase vibration and encourage people to brake.

“It would wake someone up, it would get their attention and slow them down,” he said.