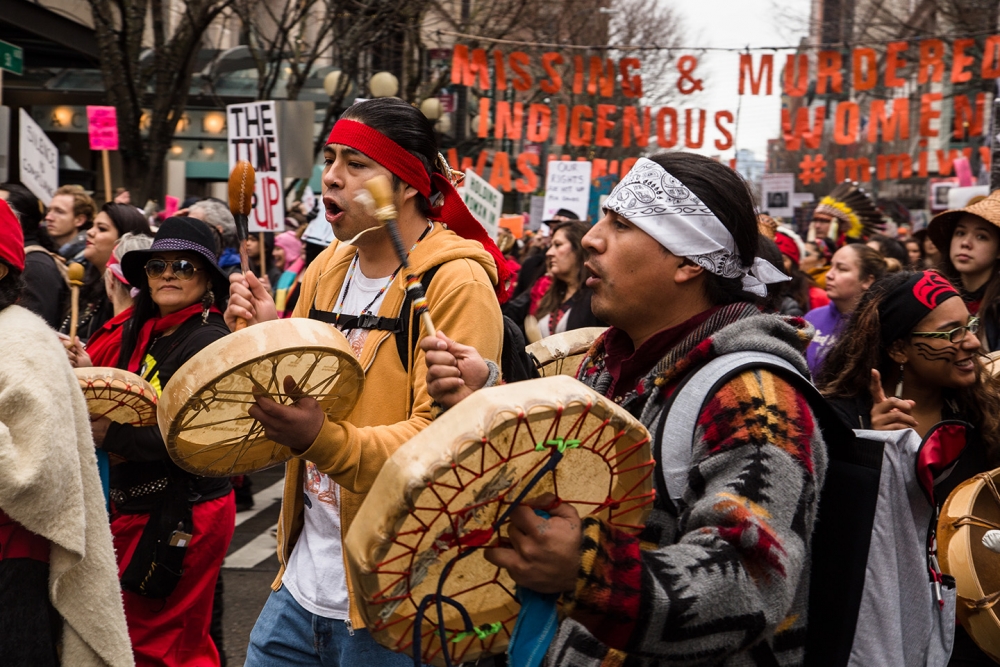 A matter of minutes instead of days

The various steps to issue a statewide alert have already taken an entire day of coordinating with families, law enforcement, local organizers and the media. Now, when done right, it can be accomplished in less than 10 minutes, Gosch says.

Williams’ missing person report, obtained by Next City through the King County Sheriff’s Department, reveals that Gosch emailed Burien about this streamlined process after being contacted by the Williams family.

Gosch asked if their agency would be interested in issuing an alert, noting that a special agent from the Bureau of Indian Affairs, which is part of the Interior Department Deb Haaland. Missing & Murdered Unit, had also offered to help with this research.

But the local police refused. Williams’ disappearance does “appear not to be eligible for an alert, if I correctly assume it has the same criteria as an Amber Alert,” a King County Sheriff’s Department official responded. Burien police later accepted the county official’s assessment.

But the MIPA alert has its own distinct set of minimum reporting standards that are easier to meet, separate from the Silver or Amber alerts that the State Patrol also produces. The new alert can be activated as long as the missing adult or minor is identified as an Indigenous person when their record is created and uploaded to the FBI’s National Crime Information Center.

It was not easy for Gosch to sit idly by as the basic research was already underway. Williams had a documented history of depression and attempted suicide, the report adds.

“This case has been very difficult for me as a liaison officer. It was ugly. It was very difficult not being able to do more than we could do,” says Gosch. “I would have picked up my car and picked it up.”

The Washington State Patrol’s Tribal Liaison Officers are placed in difficult positions daily, working between the families of missing loved ones and the law enforcement agencies supposed to find them.

“We are a clearinghouse; we have no jurisdiction over these missing persons,” Pullin said. “What Patti and I are doing is we can help bridge those communication gaps between families and law enforcement.”

Gosch’s concerns were echoed less than a day later by Annie Forsman-Adams, a policy analyst in the attorney general’s office. Missing and Murdered Women and Indigenous Peoples Task Force. She also consulted with Burien police, making sure her department was aware that MIPA had come into effect just a week after her disappearance.

When local police reiterated their reasoning as to why the alert system was not applicable in this case, Forsman-Adams clarified that a missing Indigenous person need not be in danger for an alert. be created. Activating the alert may have even sped up the search to locate her sooner.

For the second time in less than 48 hours, the department considered issuing an MIPA – and ultimately decided against it. But Burien strategically sent an internal Crime Analysis Unit bulletin to a few agencies, since their intelligence placed Williams roughly within their jurisdictions.

Police Chief Boe says he was concerned that the immediate release of an MIPA could jeopardize their leads, scare her away and potentially put her safety at risk. At the time, the grieving family also supported this decision.

Williams also provided occasional updates to her friends via Snapchat on a borrowed cellphone. This channel of communication through the social media app served as a “lifeline”, according to police, and was another reason Burien did not activate an MIPA for fear of losing her for good.

“We really had a momentum in this investigation, and I would at least argue that the thought process that led to this was continually evolving towards coming home,” Boe said of the city’s handling of the Williams case. “I think that was the mindset we were in from the start – bringing Gracie home was our first priority. We were trying to do our best to deploy the right tools at the right time.

Williams’ family couldn’t just wait and hope for her to show up. They shared the news on social media and handed out flyers. Countless photos of the smiling girl have emerged on social media platforms. The Makah elders rushed to lend a hand in the search for one of their lost daughters.

Search groups from local search groups are all too familiar in Washington due to the rampant disappearances of indigenous people in the region. It is considered an essential network, particularly by the Washington State Patrol, which relies on these organizers to spread the word. Search teams are often even able to find missing persons before law enforcement does.

They eventually retrieved her without a police escort when an Indigenous search party made up of Williams’ parents and a few friends found the teenager in Olympia, more than 80 kilometers from where she is believed to have disappeared. Williams is now back home after a visit to a nearby hospital in Olympia. And her mother says Williams doesn’t remember much of those few days, raising concerns about whether she may have been under the influence of narcotics.

It was a painful ordeal felt by the whole family, an ordeal that could haunt them for years. But Williams Holden is just happy to have found her daughter alive – unlike hundreds more cold cases of Native Washingtonians disappearing and never coming back. And the mother hasn’t been shy about sharing their deeply personal case with Next City in the hope that other parents and law enforcement can learn from their struggle as well.

“It could have been avoided,” says Williams Holden. “What can we do best for the next child to make this a little easier for the next mom, dad, or family?”