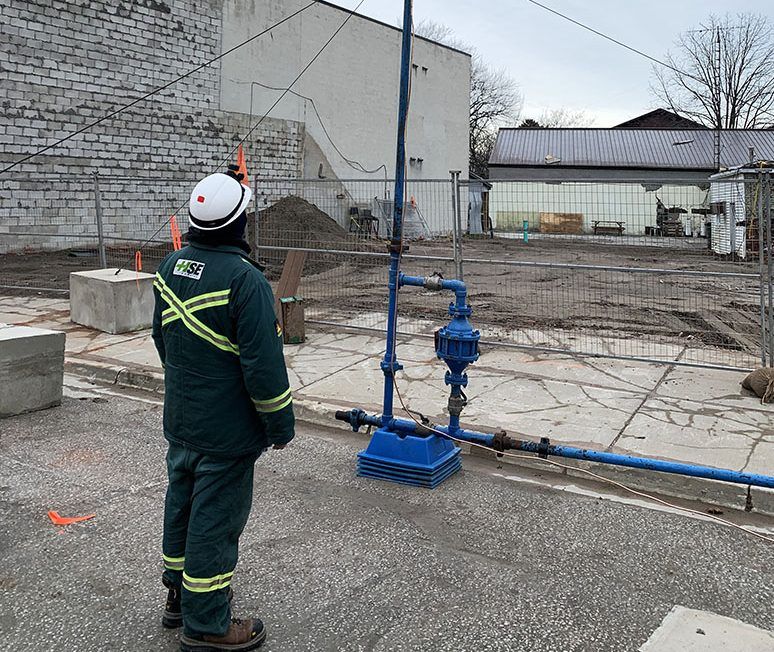 In anticipation of another gas release, Wheatley officials have completed preparations to provide a safe method of ventilation.

Based on history, the next gas release is expected in the next few days, a press release from the Municipality of Chatham-Kent said Thursday.

The pattern of gas build-up and subsequent release has occurred between 38 and 47 days since the first discovery of hydrogen sulfide in the city center on June 2.

“A flame may be visible to nearby residents upon release,” officials said. “A second well was recently confirmed during excavation work and on-site experts were able to connect the well to a test separator.”

The test separator will divert any water from the well to a storage tank for safe disposal and send all gases to a temporary vent stack with the capacity to flare.

This separator will also allow sampling and data logging during a gas release, which will provide these details to the team.

Oil inspectors from the Ministry of Northern Development, Mines, Natural Resources and Forestry are on hand to gather information.

Fire and rescue services, as well as security personnel, will continue to be present at the site.

Resident visits and wintering of buildings will resume when it is appropriate to do so, officials added.

The gas was first detected in a building in Erie Street North in early June, prompting the immediate evacuation of homes and businesses in the area. The following month, three dozen homes and businesses were evacuated after hydrogen sulfide – a highly toxic, corrosive and flammable gas – was again detected at the downtown site.

On August 26, toxic gas detectors sounded the alarm that afternoon, giving city staff and emergency crews time to evacuate the buildings before the explosion destroyed the two buildings approximately 90 years ago. minutes later. Twenty people were slightly injured by the explosion.

Since the August explosion, Wheatley town center has remained cordoned off by authorities.