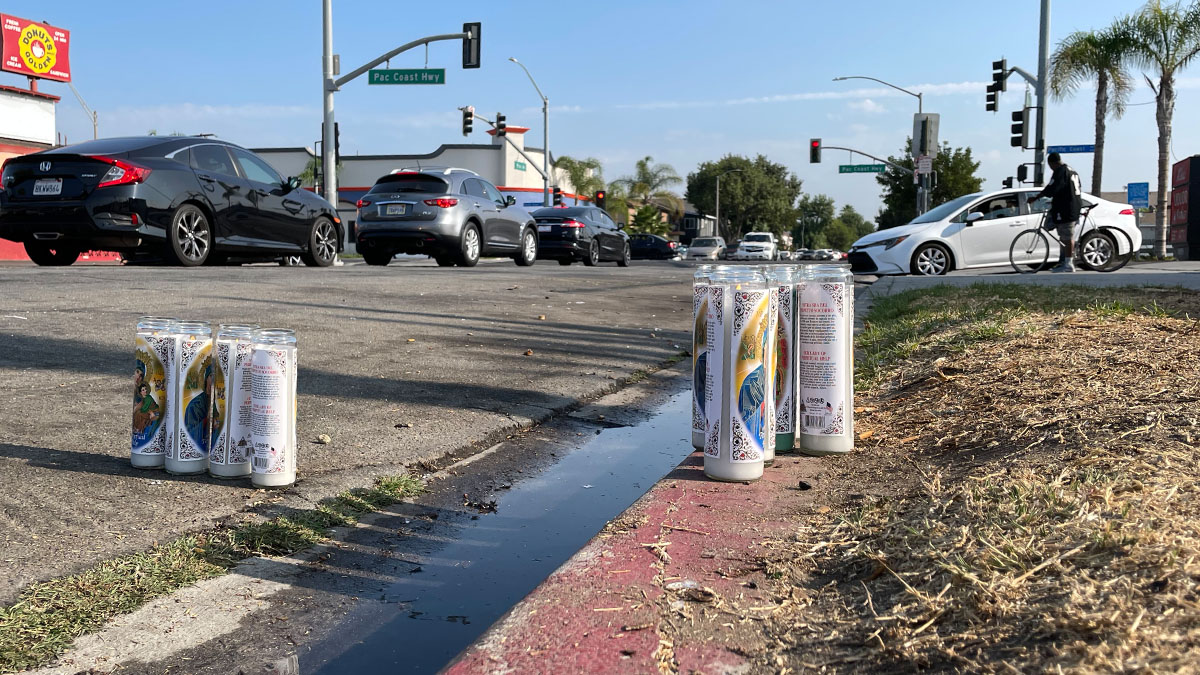 Officers responded at 11:50 p.m. on Thursday at the 1700 block of Pine Avenue where they found a woman with a gunshot wound to the upper torso, Long Beach police said.

On Friday morning, police investigators at the scene said they were investigating the shooting as a homicide. Authorities identified the victim as Dalila Williams, a 44-year-old Long Beach resident. A preliminary investigation found that an adult male suspect was involved in an argument with the victim, which escalated into a shooting, police said.

Locals, who have refused to identify themselves for fear of reprisal, said they saw several people with weapons converge near the intersection at night.

On Wednesday, the same residents of Avenue des Pins witnessed the end of a police car chase. Officers from the Los Angeles Police Department’s Port Division were chasing a drug trafficking suspect when the driver drove to Long Beach at around 6:30 p.m.

The chase continued on foot, with one suspect arrested and the other fleeing from the police.

Since the chase, police have been seen patrolling the streets, neighbors said, until 6 p.m. Thursday night, hours before the shooting that night. Residents felt that the additional police presence did not deter the violence that unfolded Thursday evening.

“What’s the point?” said a resident.

This story has been updated. Editor-in-chief Sebastian Echeverry contributed to this report.