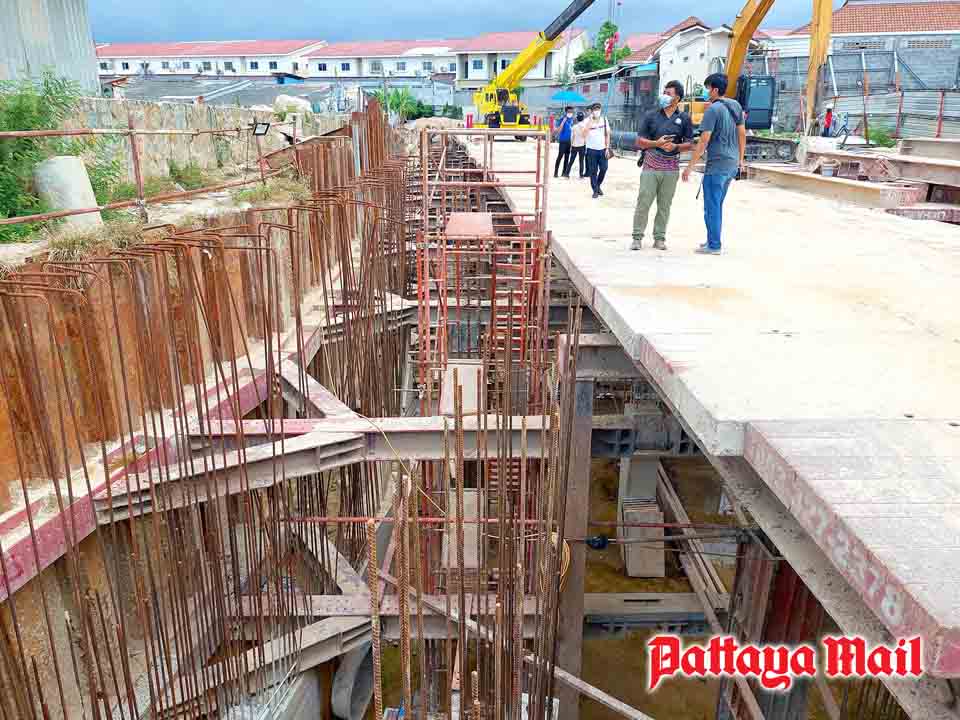 A massive new drainage system under the road parallel to the railway remains blocked in the first of three construction phases.

Pattaya Mayor’s Secretary Phumpat Kamolnart and city engineers have checked on the progress of the project, which started in December 2020 and is expected to be completed in August but will likely be delayed.

The first of three phases was 40% complete in September. For the moment it is still not done.

It is planned to lay drainage pipes two meters wide, 132 manholes spaced over 3.8 kilometres, pressure pipes connected to a new 1.5 kilometer pumping station and the reconstruction of the railway line over nearly five meters wide.

Plans are for the new drains to capture water flowing downstream from Nong Plalai, Huay Yai and Nongprue and transport it to the Huay Yai and Naklua canals. From there, the water will flow into the sea.

Officials earlier estimated that the 621 million baht project could capture 30% of the water flowing and currently flooding downtown Pattaya.

Sahahydro Pattaya JV crews are currently actively working on a second set of drains and pipes to catch water before it floods Sukhumvit Road and Soi Khao Noi.